Heritage and traditional locations of Jaipur are impeccable in their own sense. They have not only been famous amongst the people for weekend getaways but are successful as well in holding a strike amongst the Bollywood industry. Some of the places and locations in Pink City have got the privileged to be the part of Bollywood movies and shots of various music videos as well.

Here is the list of some of the scenic locations of Jaipur that attracted Bollywood directors and industry for shoots.

A thriller comedy that we all remember till date and every time we admire VidyaBalan in the role of Manjulika. The movie was shot in Chomu Palace, which is an elegant property in Jaipur to visit and spend time in. The poster of a naked Aamir Khan with a radio was shot on a non-functional railway track in Sambhar area of Rajasthan. The church scene was shot at All Saints Church in Jaipur. Mandawa was another location that was part of the blockbuster. “Gulaabi Ye Sheher”, oh yes, this song was shot in the beautiful pink city. The shooting of the movie was carried in many places of Jaipur like Jal Mahal, Albert Hall, Mehrangarh Fort, Raj Mandir and Nahargarh that are one of the most beautiful tourist attractions. Love of Abhishek Bachchan for Jaipur is not a surprise, stating that he owns Jaipur Pink Panthers, and a part of him has always been in Jaipur (from an interview), This movie is funniest one on our list, for which you don’t have to drive miles to visit the shooting location. So, maybe a half your day off is enough to get to Chomu Palace. The most amazing movie of all the times had various scenes shot in Amber Fort. Although, after so many controversies the film was not even released in Jaipur, but holds the beauty of our pink city.

Starring Sonam Kapoor and the handsome Pakistani actor Fawad Khan, this was a typical fairy tale kind of a movie. And, one of the scenes of this film was shot in Amber Fort. The entire movie was shot in a matter of 45 days in Rajasthan, which is a record in Bollywood. And, in spite of having a good concept, the film was a big flop and was out of sense as per audience. But, the destinations in which certain scenes are shot are worth to visit. Out of which, one of the scenes was shot in the famous stepwell Chand Baori in Jaipur and also in NarainNiwas Palace.

Garnered with the National Film Award for the Best Feature Film in Hindi. For this movie, Karishma Kapoor won the Filmfare for best actress. Some of the scenes were shot in Narain Niwas Palace.

Well, for this movie no surprises as if you are from Jaipur, Masti Ki Paathshaala at the top of Nahargarh is amongst the second habitat place of many Jaipurites.

During the era of Madhubala and Dilip Kumar, Jaipur was considered as the premier place for shootings. That’s why the song “PyaarKiyaTohDarnaKya” was shot in the epic historical place Sheesh Mahal in Amber Fort. As Deepika Padukone started, she was in 10th grade when she heard about Bajirao Mastani. But, who would have thought ever that she would be the main lead in the movie after so many years of her schooling? The graceful dance of Deepika on the song “Mohe Rang Do Laal” was shot in one of the famous forts in Jaipur i.e. Amber Fort.

The famous song Bade miyantoh Bade miyanchotemiyanSubhanallah! Waahwaah. Not only impressed people but appreciated the movie as well. Film casting AnupamKher, RavinaTandon, double role of Amitabh Bachchan and Govinda was shot in Jaipur Palace, the location no one should miss at all as it brings back all the fond memories of a majestic couple of Raveena and Govinda. 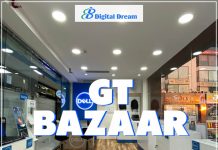 Check out the newly opened Chum-Bakk Cafe in town !!

7 Positive Stories Related To Coronavirus To Help You Calm Down!