Myths About Rajasthan | oh you’re from Rajasthan? You mean Jaipur right? So, do you wake up to the sun rising from behind the sand dunes and dusky silhouettes of camels and cactuses? Is it also followed by local dudes in turbans with Kesariya Baalam been played in the background? Ughhhh NO!

And oh that’s not it, there are so many smarties that come up with such uproarious questions that’ll split your sides with laughter.

Rajasthan is the biggest state of our country, both in terms of geography and in cultures, traditions, royalty, art, local food and so much more. Despite its authenticity and fusion of art forms, Rajasthanis even Jaipurites for the matter of fact come across such hilarious doubts and myths about their hometown as well as themselves.

To all the natives of Rajasthan, I know it gets frustrating at times, but then hey it’s time we crack up before stabbing them with some sense and logic. Here we go!

Do You Own A Camel?

Well now, that’s something you would’ve come across, if not this then I am sure some nincompoop must have asked– Isn’t Rajasthan just about camels, Tumhare Vaha Sirf Registaan hi haina? (Is Rajasthan just a land of Deserts?)

So here’s something that you should tell them—the state, Rajasthan has a total of 33 districts out of which majorly five fall under the Thar Desert: Jodhpur, Jaisalmer, Barmer, Bikaner, and Nagpur. You can easily conclude that a portion of Rajasthan is a desert, but it’s not just it. Not every family owns a camel and we do not live in a desert. We too have hill-stations, rivers, mountains and NOT JUST DESERT.

Woah You’ve Been To Rajasthan? So Jaipur or Udaipur?

As soon as anyone starts speaking about Rajasthan, the first thing that hits our minds is that it is either about Jaipur or Udaipur. Because well “sirf yahi to hai naa Rajasthan mein, haina? Well my dear friend, you definitely need to see a map and if you have one then you better go learn how to read a map. And to every Rajasthani that’s reading this, don’t you let them go before dropping some fascinating facts in their pockets about Jodhpur, Bikaner, Ajmer, Jaisalmer and Mount-Abu.

As soon as you hear this one, the first thought that pops into your head is SCREW YOU DAILY SOAPS! Thank you for ruining my life. No, we’re only kidding. Fellas, whatever you see in these contemporary TV series is not the complete truth. Even in the most deprived and far backward villages most of the locals are seen dressed up in traditional attires. People by and large wear jeans, salwar, tops, dresses amidst the other casual attires.

How Can You Not Know Marwari? You’re From Rajasthan Bro!

Okay for this one, go grab a piece of paper or open the notepads in your cellphones and write this down, NOT EVERYONE IS A MARWARI IN RAJASTHAN. Even if we are from Rajasthan, there’s a high possibility we speak just Hindi and English fluently. Here’s some information, Marwaris belong to an Indian Ethnic group of people that stem from Marwar, a place in Rajasthan comprises Jodhpur, Jaisalmer, Nagaur, Pali, and Sirohi districts. To all those people who come from these regions of Marwar can definitely be called Marwaris, but every third person from Rajasthan is not always a MARWARI.

First answer me, aren’t there orthodox people in other parts of the country, or the world? But, just because of a fraction of people living there are orthodox that does not mean the entire country or the entire world is orthodox. So NO, not all Rajasthani men are othodox. Coming to the big black moustaches, well year most men possess them along with talwars, ever ready to slit throats of all those who believe in these stupid stereotypes. So there you go, thank me later for this heads up.

–You belong to Rajasthan right? So hey sing a Rajasthani Folk song?

That is the one song that you’ve heard? Well ok, we won’t blame you much because that’s the kind of content the Indian Film Industry promotes. So share your playlist and you never know they’ll end up calling for such mesmerising songs.

Yes, absolutely, the same kind of food everyday just like you have Chhole Bhature in Delhi all day, every meal, don’t you? Just so you know, Dal Baati Churma is a speciality of Rajasthan. This is the food that speaks about the authentic flavors of Rajasthan, but there is McDonald’s, Burger King, KFC and yes Zomato and Swiggy works better here with FAST DELIVERIES haha. On normal days, people consume rice, veggies, and rotis.

Does It Rain In Rajasthan?

My dear friend, YES IT DOES! Even though the level of rainfall is low and not that promising, but, it rains here. Specifically during the months of June, July, August and September. Having said that, this one is the one of the most hilarious myth about Rajasthan.

Hill Station In Rajasthan? Are You Seriously Not Kidding?

I am so sorry to burst your stupid bubble, there is actually a hill-station situated in the Aravalli Range in Rajasthan called Mount-Abu. Does it ring any bells? This captivating little place set on a high Rocky plateau environed by forest not only paints lush green lands but also contains Nakki Lake where people are seen boating around.

So my beloved Rajasthanis, if you have had a similar experience write it to us and share the myths about Rajasthan. Let’s together laugh about it and spill some essential facts and knowledge to the unknowns. 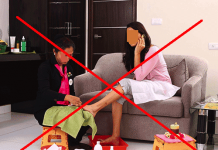 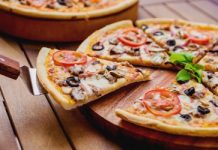 9 Hilarious Myths About Rajasthan That Dilli-Wallas Have!

List Of 9 Famous Dishes Of Jaipur That You Have To...

8 Reasons Why You Should NEVER Go For “Salon At Home...

Swaraag- An Indo Western Fusion Band from Jaipur Is Sure to...

A handful but popular Fitness centres in town. Hurry ! Check...