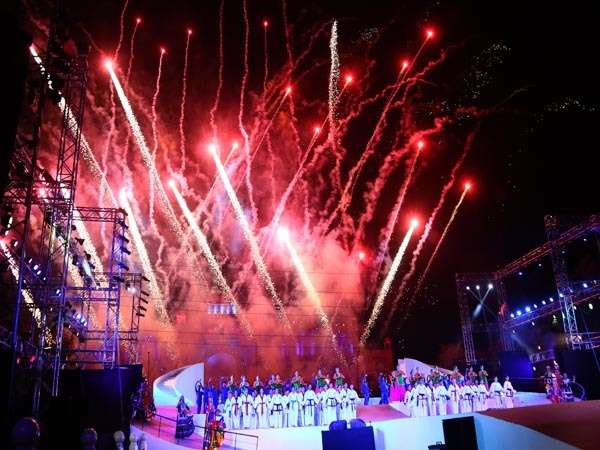 Commemorating the 69th foundation day of the desert state, Rajasthan, a host of exciting activities are being held at the Rajasthan Polo Grounds. The three-day celebrations began on March 30 with a traditional nagara performance by Nathu Lal and his group, the evening also saw a stunning horse show and dog show and a band display. 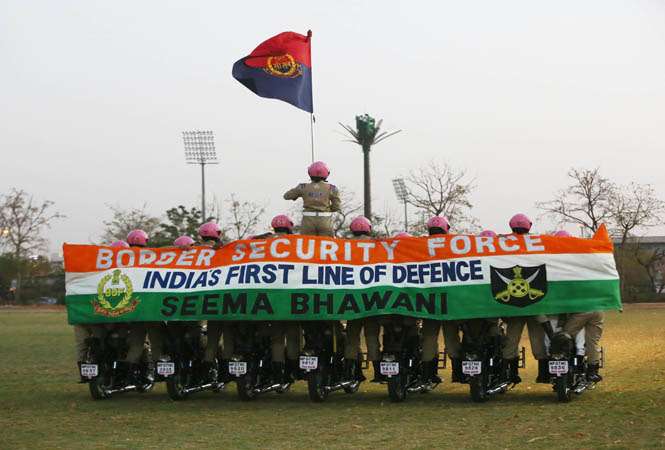 The BSF mahila motorcycle riders of Seema Bhawani group performed stunts at Rajasthan Polo Grounds (Pankaj Sharma/BCCL)
The opening ceremony also saw the BSF mahila motorcycle riders of Seema Bhawani group perform stunts that left onlookers impressed. The special biker squad, on their roaring 350cc high-end bikes, made a thunderous entry. All dressed up in their khaki uniforms, and pink helmets, these women bikers stole the show with their daredevilry acts. While in one stunt, a woman was seen reading a book and riding a bike at the same time, in another, a woman cop was maintaining a yoga stance while riding a bike. In fact, the bikers’ contingent presented stunts and acrobatics movements like fish-riding, side riding, mobile PT, among others. At the end of the 20-minute show, the spectators, including all the guests and dignitaries, gave a standing ovation to the women motorcyclist team of BSF. 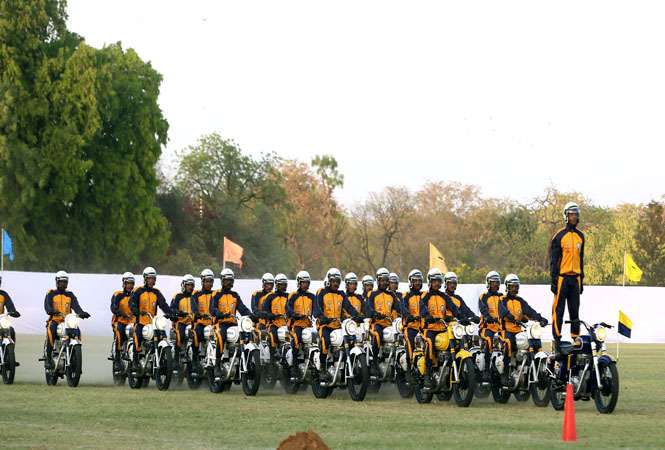 Sitting among the guests, Alka Batra, an entrepreneur, said, “When I see these women cops showcasing their strength and skills, I truly feel myself empowered. I feel proud of them.”
Governor Kalyan Singh, state minster for tourism Krishnendra Kaur (Deepa) and sports minister Gajendra Singh Khimsar were also present on the occasion. 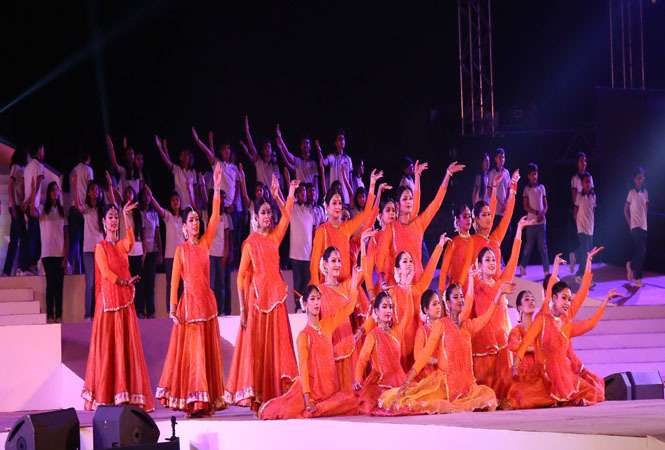 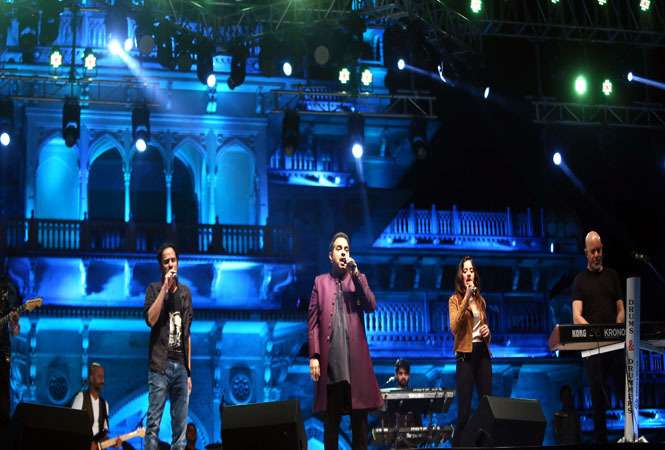 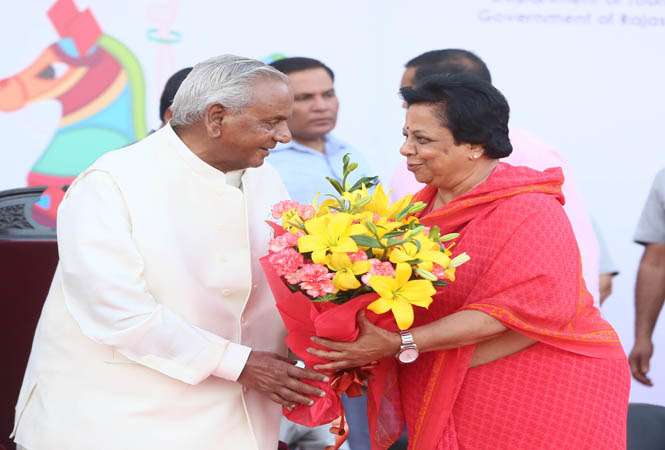