A year ago, 22 years old Sushila Mathur would not have imagined that one day she would buy a scooty from her own money. For a mere Rs. 1500 a month, Sushila used to assist her mother who worked as a maid in Mathura. But that was her story before she became a part of Aatm Nirbhar.

After joining Aatm Nirbhar as a trainer, Sushila earns enough to not just survive but now she fulfills her family’s little wishes too. She is independent and shines with a newfound confidence.
Sushila’s is just one of the many lives Aatm Nirbhar has turned around.

Aatm Nirbhar started in November 2017 when 23 year old Pawani’s mom Rekha wanted to learn how to ride a scooty. In small cities of India, a middle aged woman wanting to ride a scooty is a big deal. After her mom learnt to ride a scooty, Pawani encouraged other females of her family to get on the wheels. This inspired Pawani to start Aatm Nirbhar – a Scooter Driving School for Women with the vision to empower Indian women through wheels. Today, Pawani’s mom happily trods the city streets and everytime she rides the scooty she says, “जबसे मैंने स्कूटी चलाना सीखा है, ऐसा लगता है की मेरे पंख लग गए हैं |”

In less than 10 months Aatm Nirbhar has expanded to 4 cities (Agra, Bharatpur, Jaipur and Mathura) and empowered more than a 1000 women. All their trainers and students have a motivating story to tell – a story of their own discovery of freedom, independence and self-reliance.

In Jaipur itself, they have 9 trainers who conduct training all over the town. One of their first ever students in Jaipur was 57 years old Shashikala Solanki. When Shashikala first came to Aatm Nirbhar, she didn’t even want to write her age on the form. But after finishing the 10 days comprehensive training, she was ready to fly.

Another student Archana Sitabari was 4ft 5in tall, she runs her own beauty parlor but had to depend on others to reach the parlor every day. After being told by everyone that she was too short to ride a scooty, she turned to Aatm Nirbhar and now has her own wheels of freedom. 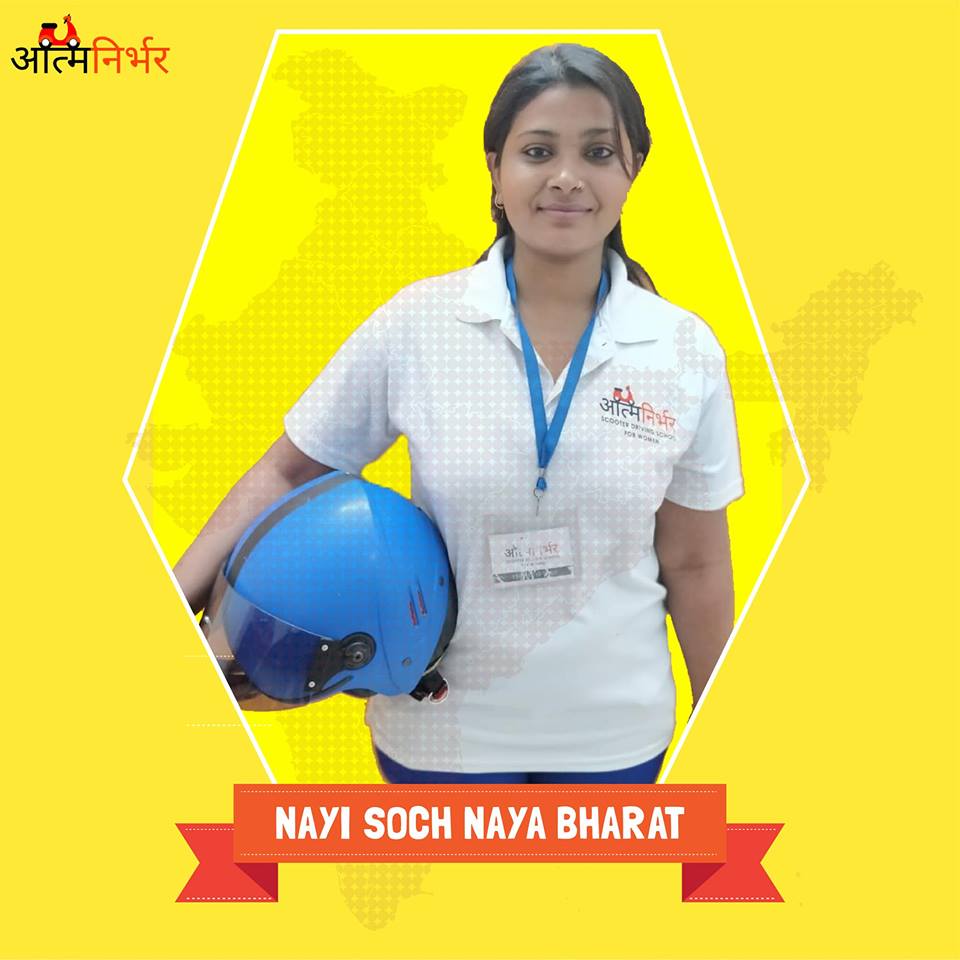 Aatm Nirbhar’s trainers are women from different low and middle income families. One of Aatm Nirbhar’s goals is to empower as many women belonging to these strata as they can. These women are trained in soft skills, vehicle maintenance, traffic rules, first aid etc. They train the students over a course of 10 days, following a structured training manual. The trainers also provide pick up and drop facility to the students from their homes. There are a lot of myths in India that to know how to ride a scooty one has to learn cycling first, one can’t be above a certain weight or below a certain height. Our trainers defy all these myths and have trained students of all shapes and sizes, most of which didn’t even know cycling. 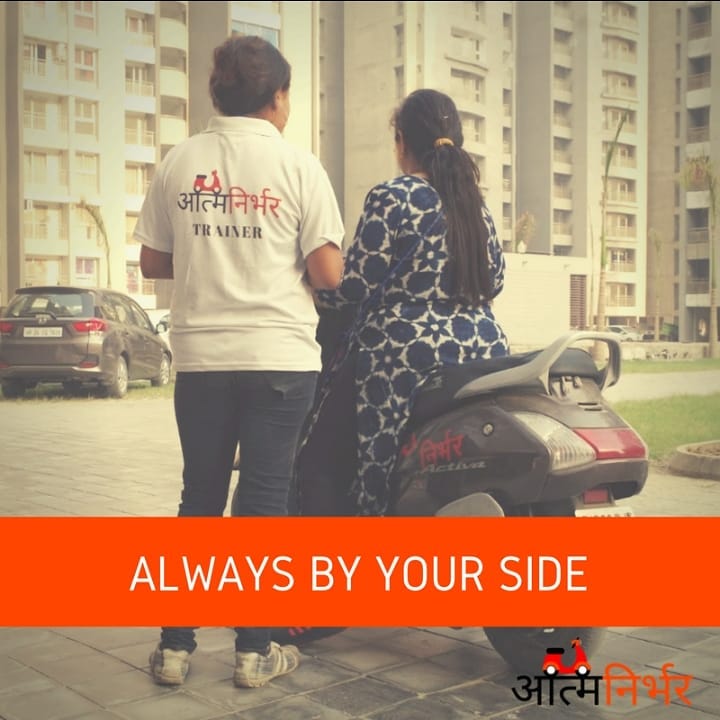 In a country with unreliable public transport, most Indian women – especially the ones in small towns and cities have to depend on their husbands, brothers, fathers or public transport for one of the most basic human needs – locomotion. The vision of Aatm-Nirbhar is to make every woman in India self-reliant and independent.

Find out more about Aatm Nirbhar on: https://www.aatmnirbhar.com/

Weekend retreats with the adventure of wildlife, welcomes you at Vivanta...

Government Calling: Pick Up The Phone If You Receive A Call...