India is all about cultures, traditions and joyful festivals. The country offers some of the best tourist places in the world from which one is the famous Pink city. The name itself defines how colorful Jaipur is.

Every year on 14 January, at the time of Makar Sakranti, the sky in Jaipur shines with all the seven colours. The kites in the sky can be seen as people’s joy and reflects their happiness. The kites fill the sky every year on the same day marking the happiness of people for the beginning of the harvest season. These colourful things can be seen all over the sky in a quantity of thousands at a time. No one wants to miss this sight and people gather on the terrace of their houses to see the beauty of festival. You must visit Jaipur at the time of Sakranti if you also want to experience the beautiful tales of the festival.

The festival is celebrated on Full moon day (also called the ‘Phalgun Purnima’) of either February or March. The highlights of the festival are different competitions that takes place  between elephant and people. Such as Elephant Polo, Elephant Dances, tug of war etc. The Elephants, followed by other royalties of Rajasthan, Camel and Horses are welcomed in the ground and also are made dressed properly in the vibrant colours clothes including anklets, saddle clothes and also gulaal. The festival is celebrated in Jaipur Polo Ground opposite to Sawai Mansingh Stadium every year. Attractive shops can also be seen carrying the traditional stuff outside the ground. The festival is a beautiful and colourful adventure for you. 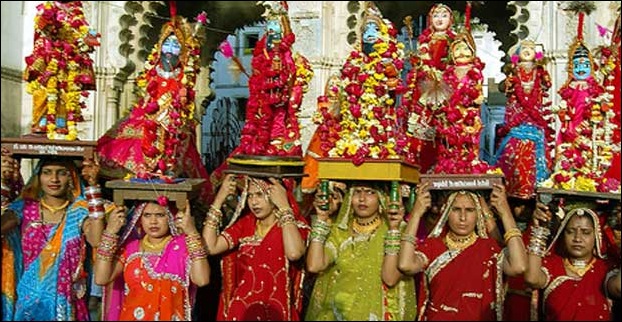 The festival is celebrated between March to April according to the Lunar Calender. The holy festival is only celebrated in Rajasthan and specially in Jaipur. Lord Shiv and Goddess Parvati is worshipped in this festival in the form of Clay idols made by the people themselves. The festival is mainly for the women as the married ones pray for their husbands and the unmarried ones pray for good future husbands. The ritual is celebrated in peoples home itself but can also be seen in tempels. Women get dressed in their traditional outfits with all the seven ‘shringhar’.

Just like the Elephant Festival or the worldwide famous Camel Fair of Pushkar, Donkey Festival is also a unique one that is celebrated in mid of October. The festival is based on buying and selling of Donkeys but now as it has got more famous due to the curosity of people and the rush, different competitions like dance and games have started taking place. The donkeys are decorated with different colourful clothes and accessories. The fair takes place in a village named Looniyabass situated 20 km away from Jaipur.

This Hindu Festival is famous all over the country but is celebrated only in specific states or cities. The festival is marked in August every year and is slightly similar to Gangaur. The women worship for their husbands and girls worship for future husbands. The festival is in a list of attractions as the rituals are very joyful. ladies sings particular songs of Teej and also have dance performances. Also, the women get ready very nicely with all the traditional attires and henna is a must for them on this festival. 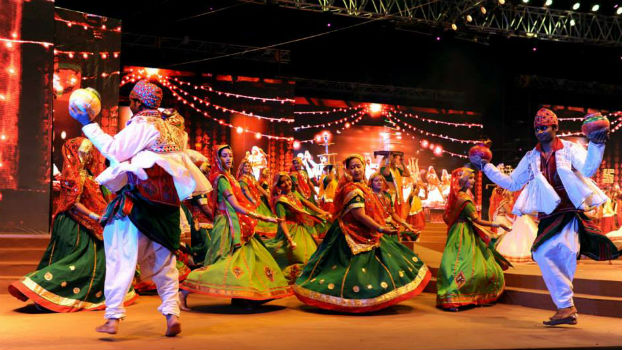 Visit the city for much more fun during the time of festivals and you’ll want to come again and again for the same experience that you won’t get anywhere else. See you people soon.

Aatm Nirbhar – Providing wheels of freedom to women in Jaipur

Dravyavati ! A mission yet to be accomplished.