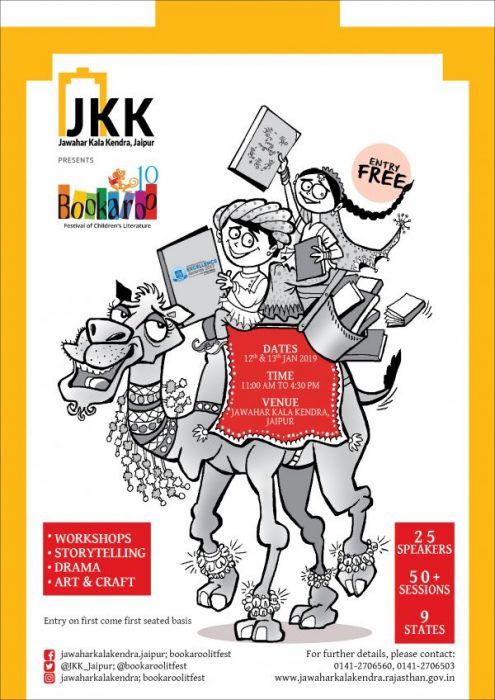 Pinkcity is all set to welcome the much awaited Bookaroo festival in town on 12th and 13th January. This year there will be twenty seven authors, illustrators , storytellers and performers from 12 cities who will be coming to continue the 3rd edition of Bookaroo. Not only for the sake of maintaining Bookaroo’s sequel but to add delight and drama with some scintillating storytelling , workshops , art & craft and books.

Bookaroo, India’s first children’s literature festival.  It is a two day stretched festival which is inclined to fill in imagination and illustration amongst the age group of 4-14 years. It aims at providing children a whole package of drama, non fiction , thriller and reality found in one. The festival is a celebration of all the classics published especially for the young ones whether it was a storybook or a literature book or a comic. It aims to introduce the children to various characters of the stories by conducting various sessions , workshops , plays, performances, etcetera at JKK. This will not only entertain the children but also can encourage them to learn more about distinguishing characters and their inspiring stories. Bookaroo’s annual excursion to one of India’s most beautiful cities became possible, thanks to the Jawahar Kala Kendra’s staunch support.

Twenty-seven authors, illustrators, storytellers and performers from 12 cities are all set to delight children and parents alike in Jaipur with some scintillating storytelling, workshops, drama, art & craft and books at the 3rd edition of Bookaroo, India’s first children’s literature festival. 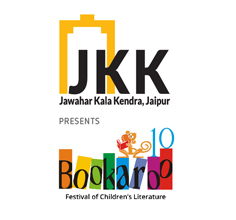 During the festival the top three winners of The Big Little Books Award will be given a token of recognition. In short the festival is a dream that became a beautiful reality.

So be prepared Jaipur !  Two days of non-stop fun with books will unfold as Jawahar Kala Kendra brings you the most exciting children’s literary event ever. The festival will showcase 51 sessions for children between 4 and 14 over the weekend on January 12th and 13th, 2019.

9 Reasons Why Jaipur Ranks Best Among the Cities in India

Desportivos – One of the largest Sports meet at The LNMIIT,...

Curfew after Rampage in Jaipur Ramganj Area | Inside Story

Why Jaipur is the best place to live in | Reasons