Looking for a sacred yet peaceful place which would provide you with a breathtaking view, noise free environment and a place to do self analysis. Then Chulgiri is the place you are looking for. A scrumptious place which is surrounded by Aravali ranges. It is located in Jaipur – Agra national highway (NH-11). The trait of chulgiri is its Jain temple which is situated in the Aravali hills and this temple is not only famous in India but also famous in all over the world. The temple is a Digambara shrine and it is a popular sanctum place in Jainism. 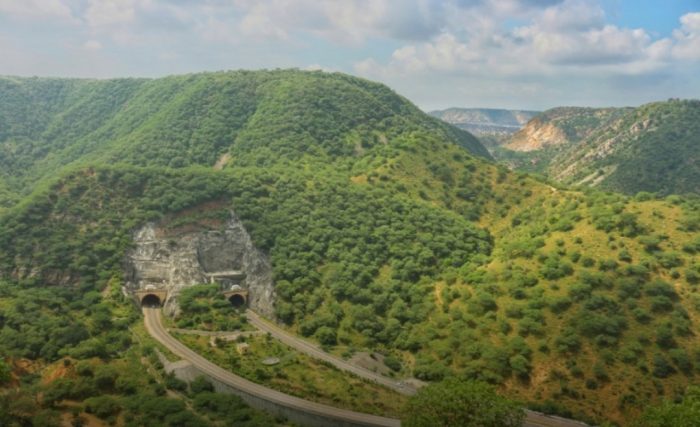 Let’s have a glance of the archaic times…

Initially there were three splendid sculptures was propounded in 1966, which is made of white stone. These three statutes are of three most popular Tirthankars (Shree Parshavnath, Mahaveer Swami and Neminath). The Parshavnath statue is 7 feet high and the Mahaveer Swami sculpture is approx 3.5 feet. Later on the 24 Thirthankar’s statues were also installed and a small water tank was also made to collect rain water for worship and consecration of god. 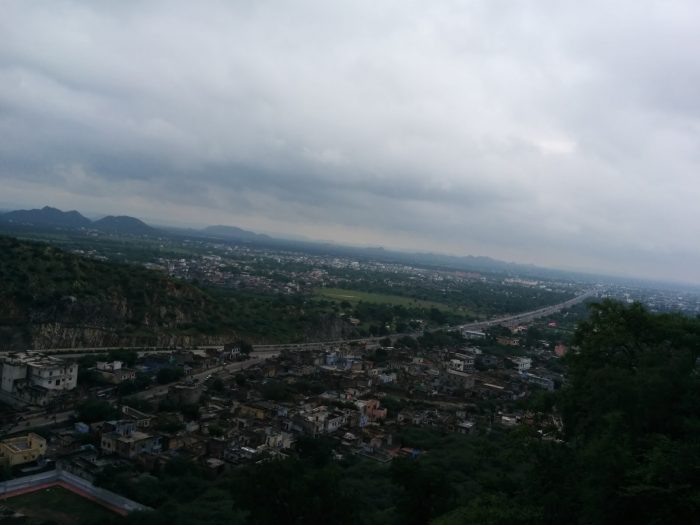 Everyyear in the month of May a major event (festival) is organized over here in the same way a big festival named was Panch Kalyanak was organized in May 1982 at that time a beautiful 21 foot tall statue of Mahaveer Swami was founded which is made of white stone and a 60 foot big dome was also made to cover this scrumptious sculpture. When you are standing in front of that spectacular sculpture you actually feel that you are standing in front an almighty it’s that much beautiful and real. Another beauty of this temple is Jain Yantra which embossed on a copper plate and its having a weight around 40 kg and it was placed on roof top of this temple. In the recent year a reservoir was made for storage of rainwater and its having a capacity of 1.8 million liters.

Facts about the temple :

To see the beauty of any place you have to come yourself don’t just only look at the photos. So to see the spectacular beauty of the chulgiri you must come and defiantly you will like this place.

Inside Gulabi Nagri – A Blog on Things to do in...