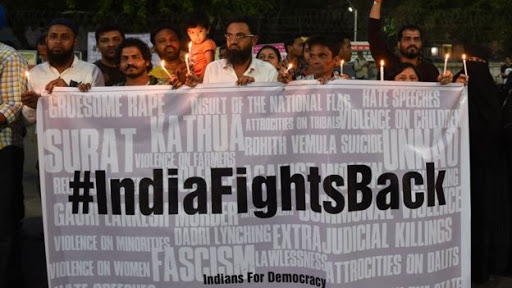 A 24-year-old girl pursuing BEd on Sunday accused a police constable at the civil lines metro station of sexual harassment. Though the incident took place on Saturday morning, the girl broke her silence and approached the police on Sunday along with her father and registered a case. Police were also investigating if they can add the sections of IPC relating to rape.
According to police, the girl lives in Mehnat Nagar locality of Sodala and is a regular commuter to Sindhi camp by metro in the morning between 7 am and 7.30 am.

“She has stated that a police constable identified as Rinku Saini was continuously passing remarks while she visited the station to board the train. On Saturday morning while she was getting into the lift to reach at the concourse, the constable was already inside. He said he loves her and asked for her mobile number. When she resisted the accused grabbed one of her hands. She resisted and came out of the lift,” said a senior officer of Jaipur police.

The girl narrated the incident to her family and decided to lodge an official complaint about the matter. “We have identified the constable through CCTV footage. A case under section 354-A(Sexual harassment is being lodged,” said a senior officer of Metro police station.
In her complaint the girl has also stated that the accused forcibly asked her to marry him and said ‘I love you’. Unlike Delhi metro in Jaipur the police and private guards are into security duty.

The police declared it to be an attempt of rape case. The constable has been arrested on these charges and was produced in a court room from where he was immediately sent to jail.

The incident has exposed the lofty claims of Jaipur police on the security of passengers at the metro stations in the city. Unlike Delhi, the government had decided to hand over the security of Jaipur metro and had even designated a deputy commissioner of police, especially for the metro.

Disrespecting the Nation’s Pride, The story of Indian Flag

Pushkar Mela 2017 – Celebration You Should Not Miss This Year

Heads up Art lovers there is a Fluid Art Workshop waiting...