In the last two days about 128 prisoners at the Jaipur district jail have tested positive for Coronavirus. The news cases found in the prison are accounting for more than 40% of the 332 new cases reported in the state since May 15th. Even the migrant workers who are returning to their native places are the second largest cluster of infections confirmed in the last two days.

Not just this, the 24 inmates who have been recently admitted to the SMS Hospital because of the age factor, the rest are being strictly monitored at a treatment facility at the premises of the Jail. Even a senior jail official tested positive for COVID-19.

A Relief Factor For Health Officials.

None of the samples collected from the central Jail of Jaipur which were roughly around 1,172 inmates came out positive for this outrageous virus.

According to the Chief Medical Health Officer, the district jail took strict measures, started mass screenings, testing of all the staff and inmates when the first case was reported in the Jail. Inorder to contain the spread of the virus further in the city, the authorities of the Jail have set up a treatment center inside the premises itself.

Currently, Jaipur’s district jail is housing 423 prisoners. One the first two inmates to show positive signs of Coronavirus was from Janwarangarh in Jaipur. The other inmate was arrested by Bajaj Police on 9th May and was locked inside the cell with 18 other prisoners the consecutive day. Within a few hours he was diagnosed with the virus and out of the 18 prisoners who shared the cell with him, two tested positive too.

A Sense of Gratitude

Since the outbreak of Coronavirus we have heard nothing but stories related to it. We strongly urge you to stay inside and take complete precautions. Meanwhile don’t forget to pay gratitude to all the noble workers working in double shifts for us. Help those in need if you have enough, it is a horrendous phase and let’s lend a helping hand to anyone who is in desperate need of it. 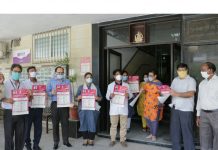 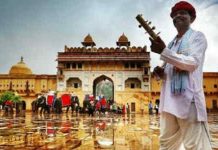 Grab The Pakoras & Chai As Monsoon In Jaipur Is Not Far! 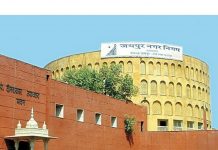 Merriment zone is all set to keep your holidays highly occupied…...