Dussehra which is also known as Vijayadashami, is a mega festival which is celebrated at the end of Navratri every year. It is a celebration of the victory of good over evil. Every year as per Hindu calendar, this important festival is celebrated on the tenth day of the month. This year the whole nation will celebrate Dusserra on October 19th. The festival is observed for different reasons and celebrated differently in various parts of the Indian subcontinent. People all over the country participate in the occasion in their own way, with great zeal and enthusiasm. 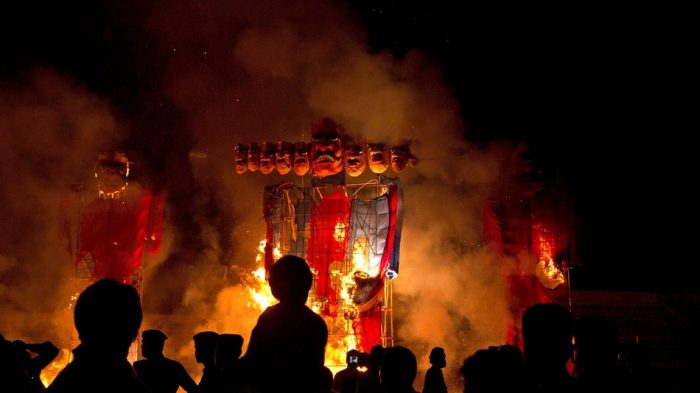 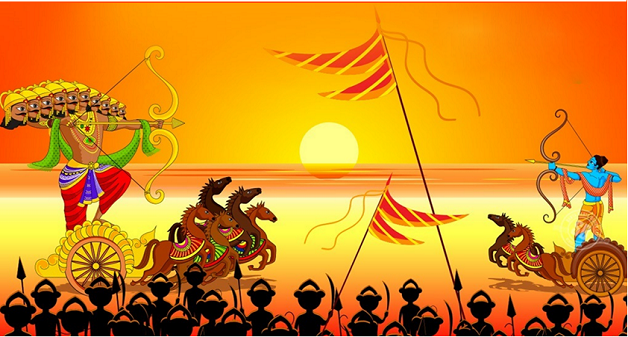 The day marks the victory of the seventh incarnation of Vishnu – Lord Rama when he killed the ten-headed demon Ravana and thereafter handed over the throne of his kingdom Lanka to his brother Vibhishana. The word ‘Dussehra’ is derived from two Sanskrit words – ‘dasha’ and ‘hara’ – that mean defeating the ten. The day also marks the end of Durga Puja, where people remember goddess Durga’s victory over the buffalo demon Mahishasur, to help restore Dharma. 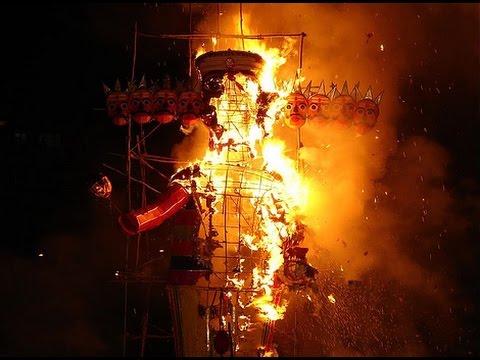 Durga led a battle against Mahishasur and it lasted for nine days and nine nights. Durga killed Mahishasur on the tenth day. Therefore, different manifestations of goddess Durga are worshipped during the nine-day long Navratri festival each year. Wherein the tenth day is dedicated to Durga as Vijayadashami. The feminine power is worshipped and celebrated during the festival of Navratri. Navratri celebration culminates with Dussehra on the tenth day, when the idol of goddess Durga is immersed in a river or a lake, reported India.com.

People celebrate the festival in different ways across the country. In North India, various colorful fairs are organised. Plays based on the story of Ramayan, which is known as Ramleela are performed. On the day of Vijaydashmi, huge effigies of Ravan, Meghnad and Kumbhakarn are also set on fire. Whereas in places like Odisha and West Bengal, as per the report, the idol of the goddess is immersed in a river or a lake on the day of Vijaydashmi.

Similarly here in pinkcity, the festival is celebrated with much enthusiasm and charisma. Here too we make huge and colourful effigies of Ravan , Meghnad to set them on fire in order to portray the good over the evil . 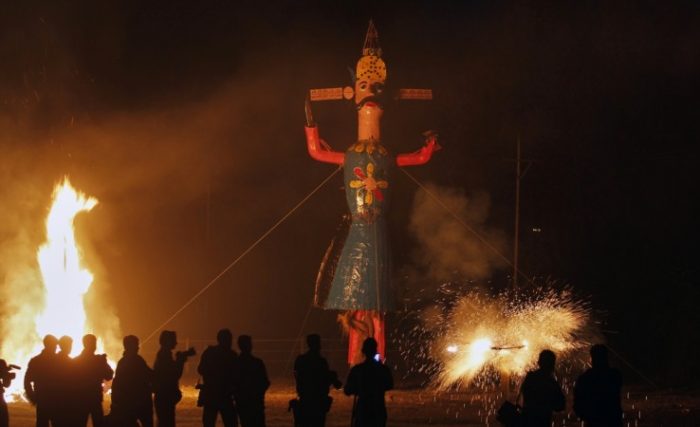 The Dusserra Maidan of Rajapark is all set to invite you to witness the mega festival. The festival which gifts the maidan ( park ) it’s fame , now welcomes you to enjoy vijayadashami with abundance of light and vibrance.

Here you will get to witness the mouth watering stallas offering varities of dishes, snacks and even games to keep your kids occupied with. Columbus, gaint wheel etc too are set to fill grace and activity in your humdrum lives.

Also visit the maidan by 6 pm today otherwise you will get to witness a huge rush near the park and might find difficult to park your vehicals and enjoy the day.

Jaipur from an eye of a Foreigner | PhotoBlog by Sarah...

Away From The City Chaos, Amidst The Green Resides The Gateway...