According to the sources the Adani Group won the bid for Jaipur International Airport on Monday amid protests by the employees’ union. The employees started a relay Hunger strike on Monday against privatization of the Airport and claimed that the move raised serious concerns regarding their job security. 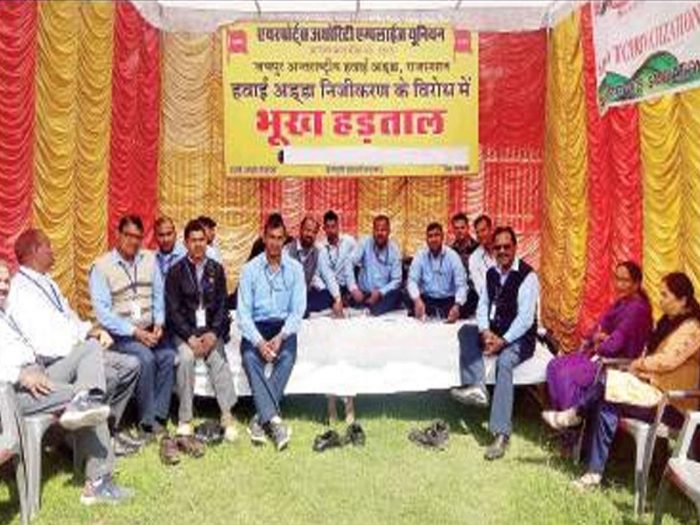 Further, it is likely that cost of facilities for passengers at the airport will now go up. Adani Group won the bid at Rs 174 per passenger. The employees’ union had filed a petition in the court following the disclosure of the bids.

Last year, the Central government decided to lease out the six airports of AAI viz. Jaipur, Thiruvananthapuram, Guwahati, Ahmedabad, Lucknow and Mangalore for operation, management and development through Public Private Partnership (PPP) model. Since then, the employees have been protesting against this move.

As per the sources, Adani Group will manage the five airports- Jaipur, Lucknow, Ahmedabad, Mangalore and Trivandrum for five decades. The bid for Guwahati has not been opened yet since the matter is in court.Jaipur airport has 138 employees who are currently worried about their job.Singh added, “We get three years to either manage a transfer to some other airport or join the private company. It is easier said than done as most of us have our families to think of. Besides, we are currently in government jobs which we do not want to give up. We have filed a PIL also in the court.”The employees started an indefinite relay hunger strike on Monday and whichever employee has an off on that day will be part of the protest.

The winner of the bidding was chosen on the ‘monthly-per-passenger fee’ and Adanis gave the highest bid not just for Jaipur but for other airports as well.“Although Adani Group has given a high per passenger fee, they will have to recover this money from passengers itself. This means costlier commercial facilities at the airport like parking fee, eating outlets etc,” said an airport official.

Project Nikhaar – Turning a dull local slum into a ‘Kingdom...

How To Choose The Best Salon In Jaipur For Your Wedding?

Book Lovers One Of Your Favorite Jaipur Exhibition Is Here!