Depression, pressure, force all these negative aspects portray a bad image and often lead many lives to dig inside the wells of suicide. Never force a person and never let a person live alone in his misery.
Sit and talk with your loved ones and share your experiences instead of burdening yourself with overthinking.

The same happened with the child of one of the most reputed schools of pink city. Who was been forced to study the subjects he lacked interest in.

The student was already burdened with personal problems and at the top of it was the pressure to handle the subjects and 5-6 hour coaching classes. 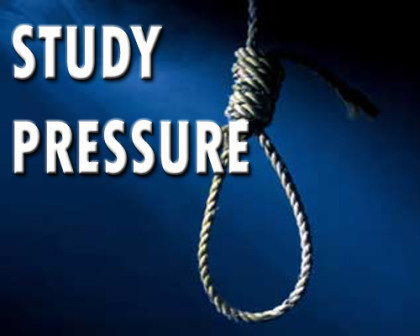 He was unable to balance everything in one line, the outcome was the unfortunate happening which we all regret. The name of the school’s teacher was found in the suicide note. His name was used in a positive aspect which was recently realised when the teacher’s concerned ones took the initiative and researched the whole incident one again. Few years have passed and the school name has been reported for a bad cause. A cause that was never their mistake. A cause that made its name drown with double the speed of its image building. Since its birth it had been recognised as one of the most disciplined, well organised and well established school. But some unfortunate incident took its goodwill at risk. The reason of the suicide of the child was blamed to the school’s teacher. Which put him behind the bars and was shocking for the school as well as for his own family and friends. Just because of the child’s concerned ones he was blamed for the suicide. Despite of finding any exact proof he was put in jail and the section imposed on him do not permit bail. The concerned ones reported the police that the student was a prodigy. Too intelligent and it was the school’s teacher that tortured him and punished him. The school’s Father took the initiative and had the teacher’s back, dragged him out of this uncontrollable and shocking nightmare. After researching and digging deep the reason was the opposite. It was not the teacher who encouraged the suicide rather it was he who supported him in his game. Earlier the media reported the student was too intelligent but the real scenario was he barely passed any exams. The teachers at school reported the child secured nearly 40% in his previous grade. The media before was made to see a different site, the site that was barely a reality and cooked by someone’s imagination. The teacher was well known and one of the most reputed teachers who was known for his friendly behaviour with his students.He motivated many students and was recognised in the list of school’s best teachers.

These incidents are likely to happen nowadays. So please be careful and pour your heart out in front of your near and dear ones. Do not let yourself sink in the misery of anything that could lead to such disastrous outcomes.

Love yourself as well as the whole sphere.

Beware of Zika virus… It’s spreading !! Read below to know...

10 Theme Restaurants in Jaipur That Prove Reality is Better Than...