May the hottest month of the month is boiling the city with its rapid heat waves and blowing heat storms. Yesterday jaipur recorded the warmest day of the season i.e beyond 45° celsius.
As per the weather broadcast these hot waves are expected to burn our summer vacations till may 28th. Weather reports have issued a warning that these heat waves are seemed to be blowing heavily for the next 48 hours continuously.
With the highest temperature on wednesday for the citizens of jaipur the mercury started to rise since morning and was being followed by a pretty warm night with a temperature of 29.6 degree celsius having 3 degrees above normal.
The next day’ morning itself the mercury greeted us above 45°, for the very first time in the season.
The highest temperature of the city was recorded above 45° celsius, which is 4° above the normal level. Burning right?
In distinguished parts of the whole Rajasthan, the continuous rise in temperate has been witnessed soaring us above 44° mark. In the past 24 hours only. The heats are gripping parts of northern and western Rajasthan.
The boiling place Vanasthali recorded its maximum temperature of 46.4° celsius, while Kota, churu they all recorded their maximum temperature above 40° celsius. 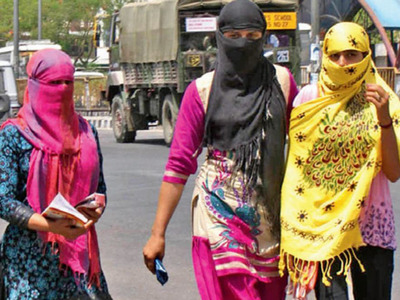 The Pink City had recorded its hottest day on May 24th.

An induced cyclonic circulation is seen over Northwest Rajasthan. As per weather report, there will be no relief on Thursday, parts of the state will be observing the maximum temperature between 44-48°  celsius during the coming 24 hours. In fact, heat wave condition will also occur in one or two places of the state.

– treat yourself with chilled drinks.

– try to keep yourself occupied in areas of low heat.

– enjoy these summers by spending some leisure time with your cronies in some place chilled.

– go out for trips to northern areas.

– move to the nearest resorts for the weekends.

Be safe and cool.

The City Palace a major historic and cultural heritage… A must...