Rajasthan CM Ashok Gehlot announced on January 31, 2019, that the monthly allowance scheme for educated, unemployed youth, will be rolled out from March 1. 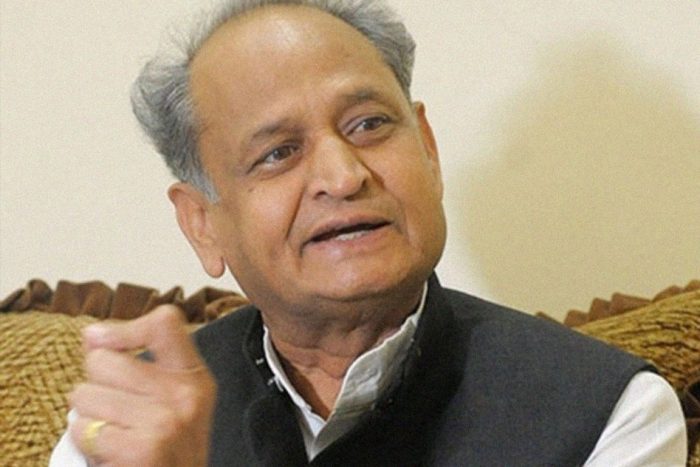 It was in my previous tenure that I had introduced a scheme to distribute unemployment allowance of Rs 600, now we have decided to raise it the assistance,” he said. He further said that the countdown begins on February 1, and while from March 1, unemployed boys Rs 3,000, girls will get Rs 3,500 as unemployment allowance, reported The Times Of India. He said this at Rajasthan University, at the inauguration of a student union.

In the run-up to the recently finished assembly elections, Congress had promised a monthly stipend of Rs 3,000-3,500 and the BJP promised Rs 5,000.

When it comes to generating employment, Rajasthan is one of the worst performers. The December 2018 report of the Centre for Monitoring the Indian Economy (CMIE), the unemployment rate rose to 77% in the state last year. The report also said that sixth youth in the state was unemployed and around two crore youngsters between the age of 21 to 35 years are jobless.

Currently, under the Rajasthan Unemployed Allowance Scheme, 2012, girls and boys respectively get an employment dole of Rs 650 and Rs 750 per month from the government.

This scheme was launched by Gehlot during his second tenure and catered to only the unemployed youths whose family income was even less than 2 lakh per annum. Around 70,000 youngsters are benefitting from the existing scheme. Reportedly, the state is yet to finalise the eligibility criteria under the new schemes.

Student Achiever’s Award ! A token of appreciation for all the...

Don’t miss out a chance to attend the most entertaining International...

Fine of Rs. 1000 Imposed: Not Adhering To Social Distancing!