Since the past 10 days, it’s been all over the news and you all are aware about the exploited condition of Sambhar Lake. But the cause is yet to be chased!

Here Is What’s Been Happening At The Sambhar Lake

About thousands of migratory birds have been found dead at this lake, situated near the capital of Rajasthan. So far the officials have buried over 18,000 carcasses. However there is still no transparency on what has caused the deaths. All the investigations done so far suggest that it is due to avian botulism, a fatal and paralytic disease caused by the ingestion of toxins. 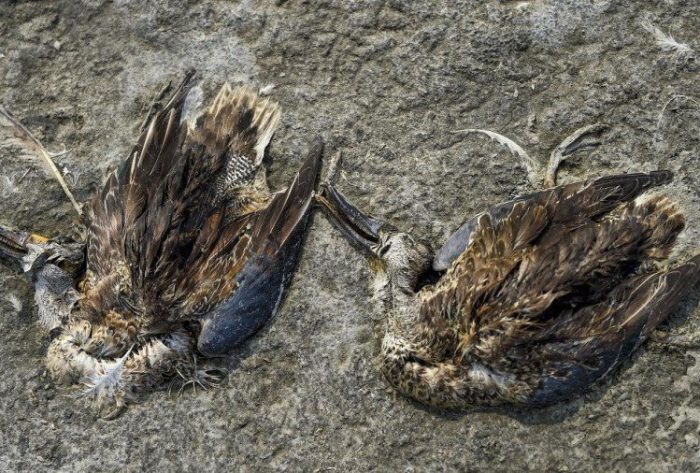 What All Avian Species Have Been Found Dead?

The Sambhar Lake in India is considered as the largest inland saltwater lake which is spread mostly across Jaipur, Nagaur districts and parts of Ajmer. The lake has a catchment area of 5,700 square in with the water depth fluctuating between 60 cm to 3 meters. Every year it’s a ritual the lake attracts thousands of migratory birds and a total of 83-84 species of waterbirds are witnessed by many locals. Some of the popular species are little grebe, great crested grebe, great white pelican, little cormorant, black stork.

However this year unfortunately about 27-30 avian species have been found dead including the Brahminy duck, pied avocet, Kentish plover. The tragedy was first traced on November 10 when many visitors found a large number of dead species of birds. More number were found over the next several days until November 20 the government of Rajasthan finally used various agencies and buried 18,422 carcasses to prevent the infection. 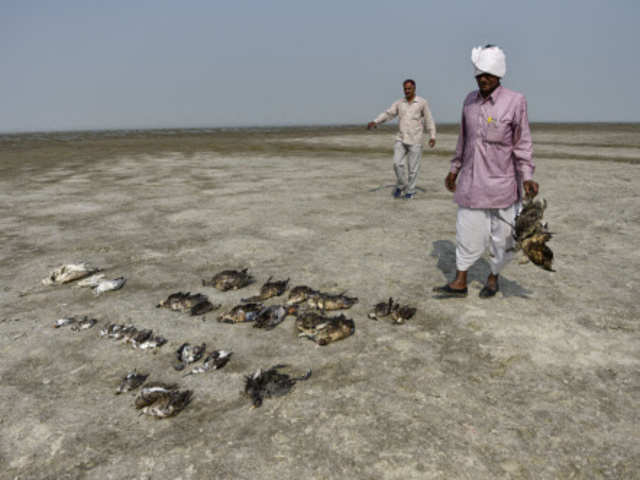 The officials have quoted the number of dead birds is declining now.

The investigating reports and other evidences are pointing it all to avian botulism, however it’s still not official yet. “On the basis of history, epidemiological observations, classical clinical symptoms and postmortem findings, the most probable diagnosis is avian botulism,” said a report by the Apex Centre for Animal Disease Investigation, Monitoring and Surveillance at the College of Veterinary and Animal Science under the Rajasthan University of Veterinary and Animal Sciences (RAJUVAS), Bikaner. “The clinical signs exhibited by affected birds included dullness, depression, anorexia, flaccid paralysis in legs and wings, and neck touching the ground. The birds were unable to walk, swim, or take flight. There was no rise of body temperature, no nasal discharge, no respiratory distress or any other sign.”

Rajasthan government is still waiting for the reports from other sources to establish the actual cause. Even after engaging around eight institutions and agencies the government has only received reports from just the two i.e from RAJUVAS and the National Institute of High Security Animal Diseases (NIHSAD), Bhopal. The RAJUVAS suggest it is due to avian botulism while NIHSAD has suggested the cause is bird flu.

We The Humans Are the First Cause

Whether the cause of these dead birds is botulism, salt poisoning or bird flu, it’s all rooted and wrapped within the apocalypse of rapid climatic changes brought by human activities intended or unintended. Tracing our collective human history of climate change and complete disregard/denial is the first and the foremost root cause of all our mushrooming problems.

8 Indulging Coffee Recipes You Must Try During Lockdown

Best Festivals of Jaipur that you can’t afford to Miss…