‘DISHARI‘ (Download the app: http://bit.ly/DishariFB) a mobile application has been recently launched in the country. It is developed by a Sanskrit teacher and web developer Mr. Imran Khan from Alwar, who was praised by our country’s Prime Minister Shri Narendra Modi during his speech at Wembley Stadium in London in November 2015. Although Mr. Khan has made more than 80 educational apps that are available to learners free of cost but this app is proving to be much cardinal for the youth from all over the country.

The application is proving to be one of the greatest contribution for the people hence the creator of this crucial app is nominated for the National Award of Teachers which will be presented to him by The President.

The app will guide the college students in preparing for competitive exams (by providing free study materials) and also notify them for the same.

The ministry of Human resource development has announced that the maker of this convenient application, Mr. Imran Khan has been selected for the National Award for Teachers which our country’s President will give away on 5th september that is on Teachers day at Vigyan Bhawan.

IMRAN KHAN the maker of this useful application has received an award from Information and Communication technology previous year and this year he has been nominated for the National Award for Teachers .

National Award for Teachers is awarded by the President of India on 5th September every year to give public recognition to meritorious teachers working in primary, middle and secondary schools in the country.

This time the nomination process of the candidates has been changed and the selection process was mostly through online. Only three names were selected to be sent for the state level. After shortlisting of these names , from Rajasthan merely six names were further sent to the central government. There these were presented in front of the Jury where finally one person was chosen to be honoured with this reverable award.

From all over the country 6615 teachers sent their applications for this award and out of these only 45 were selected.
Mr. Khan is grateful to his parents, well wishers, teachers and all the students of various government schools for their blessings and support. He was highly motivated from the students and the staff members of his school. 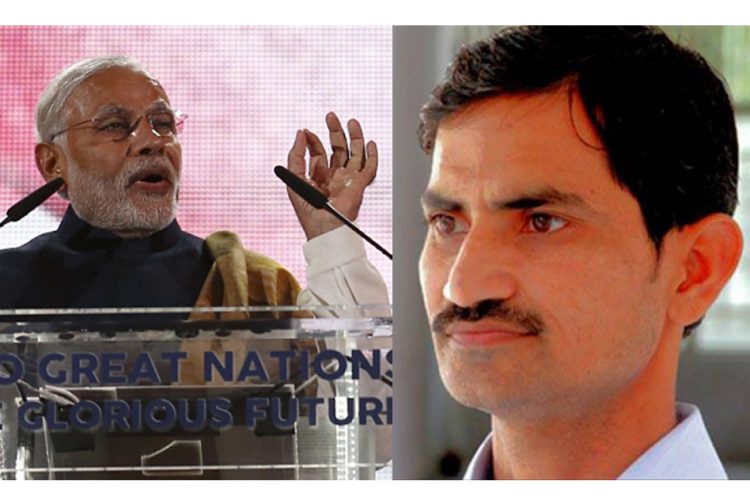 He has been awarded with various awards but this type of award is highly special and is going to be an astounding experience for him.
According to the sources Mr. Khan has shared his success mantra and that is ” one should never work with an aim to win an award but should consider the students of our schools and their conditions, what can we do to improve their current situation, through this you all will come across various paths to make a way for our students. This will not only provide you with recognition but also deep satisfaction which you have been looking for ” said Mr. Khan.
Also one should never ever lack in his/her performance , instead work with utter devotion and dedication for every big-small work they have been assigned for. Awards will always find a way to your home on their own, don’t worry. !
Be loyal and work to refine your surroundings.
Check out all the Apps on Imran Khan: https://play.google.com/store/apps/developer?id=gktalk_imran

‘DISHARI’ A Paramount source of knowledge for the youth !

The app features interactive quizzes with questions related to mathematics, general knowledge, current affairs, computers, reasoning, and economics. It has over 17,000 questions on all these topics. It is also used to check the updates regarding any exam form, exams and even about the job opportunities.

Albeit the application is introduced with a motive to help the college students, also it can be downloaded by anyone and is free of cost. It will soon be available for use on computers too.

To use the application with smoothness one has to register on it by adding some basic details such as name, district and college (if enrolled). This will generate data about students’ inclinations and usage, which can be analysed by department officials for policy purposes.

The app is overly utilitarian for all the students, even in remote areas of the state, access study materials and resources are available to students from other states.

Jaigarh Fort – Carries the Zenith of Victory at its Visage

6 Tips To Keep Cool & Calm During This Difficult Phase

‘Nahargadh’ an archaic extravaganza for every age group.