Our Prime Minister Shri Narendra Modi Ji initiated Swachh Sarvekshan in which Jaipur has been ranked 39th for it’s cleanliness. Jumping straight away from 215 rank and landing on this recognising rank is itself is a big achievement . Thanking to the concerned citizens who have been playing a pivotal role in making our city clean and bright. Our CM’s role had been a crucial one without which we could not have been at this position.

To encourage a garbage-free city, the Jaipur Municipal Corporation (JMC) has decided to hold a contest to rank clean places. A meeting was held in the JMC assembly hall to discuss the plans related to ‘Swachh Sarvekshan 2018’ by mayor Ashok Lahoti. It was announced that at the end of 2017, the best school, hospital, hotel, market association etc. of Jaipur city will be awarded.

The ranking was allotted by the decision-making committee and the assessment was done out of 100 points. For the assessment, a questionnaire had to be filled by the participants. The decision-making committee was set to verify this and decide the ranking. If the information filled found to be incorrect then three marks would be deducted. Top three participants will be awarded and rest will be given participant certificates.

Because of all this planning and its perfect execution our city Jaipur was ranked 215 in all India “Swachh Bharat Survey” by the Central government. Through this contest municipality is planning a healthy competition within the residents to encourage them for a garbage free city. 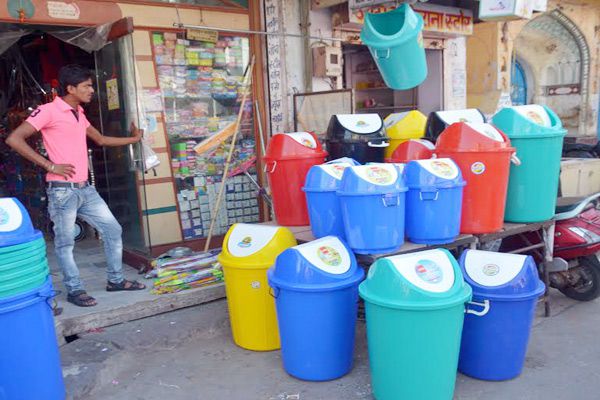 Further the mayor also announced that 91 swachh mitra will be appointed who will be given specific ward and will be responsible to raise awareness for a clean and hygienic city. The swachha mitra were also made aware of various details about the plans and were also given information about the MOUD app, dry/ wet garbage, door to door campaign related to garbage collection etc. Ashok Lahoti, while discussing the plans said, “We have to preserve the beauty of our great city. For this the 40 lakh Jaipurites should co-operate and should not throw garbage on the streets. Plastic bags should not be used and keep our city, house, shops and surroundings clean and full of hygiene.

All the planning and implementation of the various activities such as putting huge bins at every nook and corner of all the street, banning plastic bags , and a vehicle to come and collect all the garbage from each house was made mandatory. All these small steps gave us a huge result and we must not stop at this we have to be the cleanest of all the cities. Its not a competition but it’s a fight for all of us to have a healthy surrounding !

So keep it clean !

Dzinography – An Array of Handmade Gifts in Jaipur