The North Western Railway (NWR), has been ranked the ideal among the rest 17 railway zones in the nation. 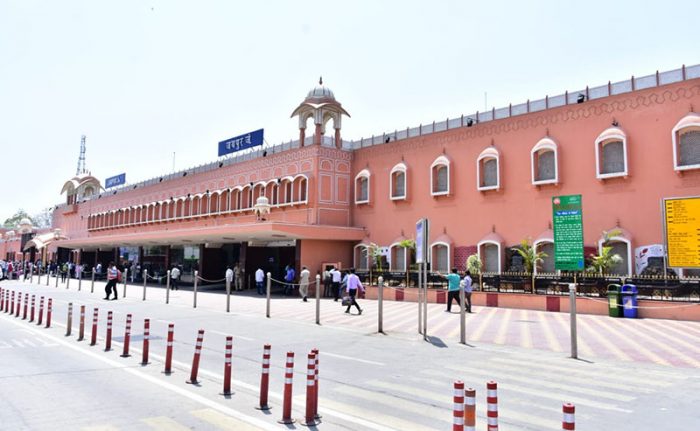 This cleanliness survey is an annual exercise which is carried out by the Quality Council Of India (QCI). According to a report, there were a total of 8000 railway stations in India controlled by 17 various zones. That are further categorized as non-suburban group (NSG), suburban group (SG), and halts on the basis of revenue footfall.

According to the report, in the 2019 survey, a total of 720 NSG and SG stations were taken into account. Jaipur has been ranked the first with the overall cleanliness score of more than 9300.00 while Jodhpur secured the second rank with the score of 927.19 and Durgapura managed to score 922.50 out of 1,000.

The evaluation done by QCI was typically based on three different parameters- Process Evaluation, Direct Evaluation, and Citizen Feedback. The first parameter involves the assessment of processes related to cleanliness at the stations.

“QCI assessors observed the frequency of various cleaning activities in the main consumer interface areas. Process evaluation also involved the assessors observing the condition of the uniform, protective gear and equipment used by the cleaning staff,” the report read.

In the second parameter, which is direct evaluation, QCI assessors inspected the premises for cleanliness and presence of various forms of waste, such as litter, excreta, stain and stagnant water, Plastic waste.

The third and final parameter is citizen feedback in that feedback from passengers about cleanliness at the station is taken. According to the report, “The passengers were asked questions related to the level of cleanliness in the most common consumer interface areas of the station in terms of litter, stagnant water, presence of pests etc. Finally, they were asked to rate their overall experience based on the cleanliness and upkeep of stations.”

Anand Prakash, the general manager of NWR expressed his gratitude and happiness on the report released on the 150th birth anniversary of Mahatma Gandhi. He appreciated the railway workers and rail users for their combined efforts to achieve this title.

Post Observing The Acute Fear Of Covid-19 We As A Society...