…Hey Everyone….
Welcome to my City! My Jaipur.. The Pink City.

Pink, the colour signifying softness and kindness! And voila! Jaipur is known as the Pink city! So that’s how it goes.. Kindness and Beauty is in the hearts of we Jaipurites and that’s the most important reason am proud of being a Jaipurite! The buildings here are made with  pink-painted sandstone which brings it the name of Pink City. Located in the eastern Rajasthan, this city of Jaipur is popular for the stupendous tourist places in jaipur, amazing forts. This royal town has magnificent architecture. Fun, safety and ease of access are the basic facilities a citizen wants in his city and all this is in an abundant amount in Jaipur.

Jaipur, the pink city was founded in 1727 by Maharaja Sawai Jai Singh II, who ruled Jaipur from 1699-1744. Jaipur is the first planned city of India and the king took great interest while designing it. He consulted several architects before setting the layout of Jaipur. It was designed  by the chief architect from Bengal, Vidhyadhar Bhattacharya. Vidhyadhar Bhattacharya, following the principles of Shilpa Shastra  (the science of Indian architecture), and referencing the ancient Indian knowledge on astronomy, further developed and discussed the plan with Jai Singh. It is said that the foundation of the city was laid down on 18th November 1727 by Jai Singh himself and is celebrated as Jaipur Foundation day on 18th November every year.

Jaipur’s rich cultural heritage is displayed in the traditions, customs, lifestyle, art and architecture of this place. In fact the best understanding of Jaipur’s culture can be attained through its art, music and architecture.

The Mughal and Rajput rulers used to invite skilled artists and craftsmen from all over India and abroad to display and share their abilities with the people of Jaipur. Many of them settled here leading to development of Jaipur as the heaven of rich art and culture. Some of the artful talents of artisans include: Bandhani; Block printing; Stone carving and Sculpture; Tarkashi; Zari, Gota, Kinari and Zardozi; Silver  Jewellery; Gems, Kundan, Meenakari and Jewellery; Miniature paintings; Blue Pottery; Ivory carving; Shellac work; Leather ware, etc. The pink city presents to you scrumptious cuisines that are known throughout India; dishes like Dal Bati Churma, Missi Roti, and sweets like Ghevar, Feeni, Gajak, to name a few.

Also Read : 15 Jaipur Street Food Places you must try if you are a Foodie

Today Jaipur is known all over the world over a Gem centre. It is the world capital for Emerald because 80% of all finished Emerald work of the world originated from Jaipur. From costly Emerald to semi-precious and artificial Gems, 84 kind of Gems are cut and finished here. Jaipur is a centre of excellent Meenakari, Kundan and Stone set and Lack jewellery.
Birla Auditorium, Jawahar Kala Kendra, Ravindra Manch are the three main cultural centres in Jaipur. Everday some or the other cultural activity happens here. These have helped promote the culture of Rajasthan. Albert Hall Museum hosts several arts and antiques The culture of Jaipur facilitates us with a holistic view of not only Rajasthan but also with the culture of India.

Tourist Places In Jaipur And The Architectural Beauty

The splendid monuments of Jaipur deserve a visit. Those huge fortresses of Mughal and Rajput reigns, the Hawa Mahal, Amber Fort, Jal Mahal aptly describe the architecture of the city. Jantar Mantar of Jaipur, the largest of all five similar monuments is an observatory basically, which is indeed an architectural spectacle.
Arriving from Jaipur through the narrow pass in the hills, you are presented with a view of the honey coloured Amber fort-palace that  conforms to every expectation of how a romantic Rajput fort should appear. This adds to the glory of Jaipur and my pride.
The spectacular Hawa Mahal was constructed near Badi Chaupar so the women of the royal household could observe street festivals  while unseen from the outside. Besides this the Royal Family constructed a lot more buildings which all demand a visit. The recently constructed World Trade Park is an elegant piece of architecture.
Apart from this Jaipur is now developing into a ‘Metro City’ with its safe culture and traditions. This is the fourth metro project in India. A lot more things awaits to be mentioned as we proceed to the close, Mansarovar in Jaipur is the Asia’s biggest locality.
Jawahar Circle is the biggest circular park in Asia developed on a highway traffic circle near the Sanganer Airport. Everyday a musical fountain show is held here which extraordinarily alluring.

Included on the Golden Triangle tourist circuit, along with Delhi and Agra, Jaipur is an extremely popular tourist destination in Rajasthan and India. The Royal Architecture lures the tourists along with a tinge of sound culture and tradition.

The Sanganer Airport is the only International Airport in Rajasthan. This further boosts the international tourism and economic developement of the region.
So.. Here I am feeling Proud of my City because it has not only given me so much to brag about it but also its my birthplace and thousands of other people like me.
Also Read : Poem on Jaipur that will describe everything about PinkCity 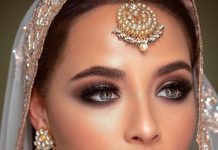 Jaipur Airport upgrading the facilities for the passengers