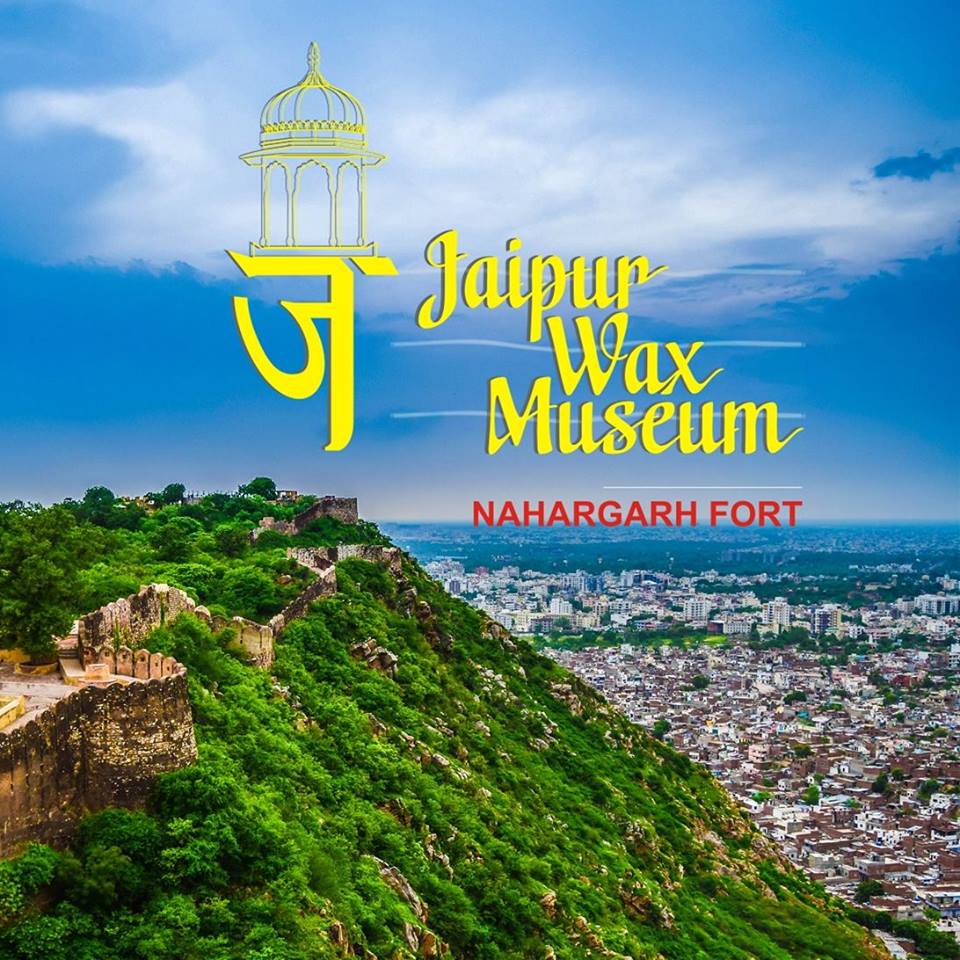 The capital has got something unique in its aura, every day or the other the city is developing on a high scale and getting more prettier.

As we all know, inaugurated in December 2016  at Nahargarh Fort by actor Govinda and his wife, Jaipur Wax Museum has been added to the Charm List of the city. The Museum has been divided into three sections that shows different halls built by Maharajas of Rajputana Dynasty. Sheesh Mahal, built by Maharaja Man Singh in 16th century is full of designer mirrors that reflects the Rajputana Culture. A unique section which was previously the Warriors’ Rest House (Vishramghar) has been uniquely crafted into a Sheesh Mahal, by a team of over 80 skilled craftsmen, who have incessantly toiled for over 180 days and charily pasted 2.5 million glass pieces of yellow, blue, red, white and green in colour on the walls of the Mahal.

Next is The Royal Darbar holds in itself the timeless fables of the golden era and takes one on to a royal journey. Right from the entrance till the end, the hall which once served as the rest house of soldiers is cladded with the enchanted paintings that depicts the rich heritage of Rajputana Dynasty. The area is divided into 2 gallerias that have been hand painted with pure gold and motifs, all inspired from the history. Last is The Hall of Icons which exhibits wax & silicon statues of the World known personalities.

The Museum recently installed a Solar Project generating 30 kilowatt hours electricity per day.  “It has become the first solar operated archaeological monument site in the state,” claimed Anoop Srivastava, founder-director of Jaipur Wax Museum. He added, “The entire museum uses around 40-45 kW electricity per day and in an effort to reduce its carbon footprint, we installed a 30-kilowatt rooftop solar plant with 125 solar panels..”

The solar panels are set up on the terrace of around 3,000 sqft area at the existing museum building. “While installing the panels,we kept in mind that the heritage look of the fort doesn’t get spoiled. After a lot of research, we planned and installed the panels on the terrace at almost zero-level height,” he said.

This installation will help cover 60% of the electricity needs of the museum and will save around ₹12 lakh every year in electricity cost. “It’s not the question of money-saving alone but, we went ahead with this project because it helps us give something back to nature,”he added. The cost of the entire solar project is around ₹24 lakh.

The Government is doing something productive for the city and its citizens and all the citizens should be happy for the pious motive and step taken by the government. No one wants to destroy the city so beautiful. So let us step ahead and give a bit more time to the city for its development.

5 fun small trips you can take near Jaipur after lockdown

6 Tips To Keep Cool & Calm During This Difficult Phase

The evening where Jaipur spoke it’s heart out!