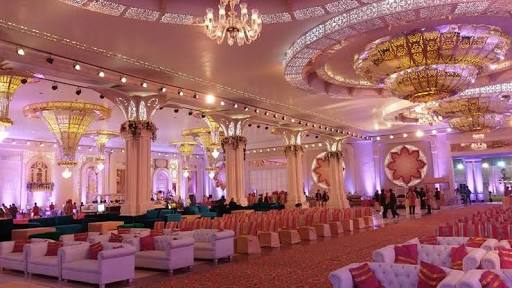 A massive fire tore through a marriage garden located at the city’s Sirsi Road area on Tuesday afternoon. The blaze quickly engulfed makeshift tents and other decorative items inside the garden. “The fire broke out at 2 pm. Major portion of it was up in flames,” said fire official Jalaj Ghasiya.

He added that fire took place at Mysore Mahal garden located at Sirsi Road and was quickly brought under control. “We pressed 12 fire tenders into the service and managed to douse it in a few hours. The fire tenders were deployed at different locations near the spot to stop the spread of flames,” he said. 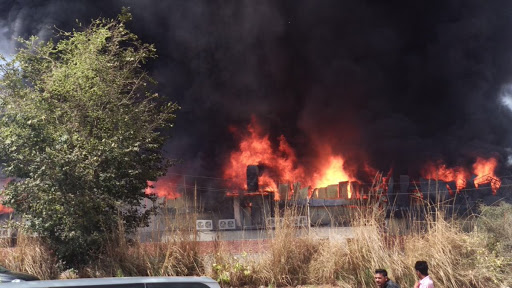 The fire department said, staffers working inside the garden the city alerted control room about the incident. While the cause of fire could not be ascertained, a short circuit suspected to have triggered the massive blaze.

“A decorative dome made of fiber was gutted in fire, wooden furniture like chairs along with decorative sheets were also destroyed in the fierce fire,” the official said.

A plume of black smoke also engulfed the nearby areas, triggering a wide spread panic in the locality. Several senior officials including ACP Vaishali Nagar, SHOs of three police stations and team of over 20 fire officials arrived at the spot. 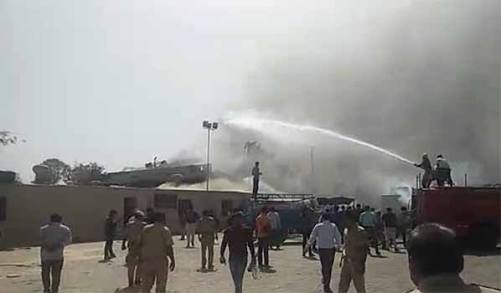 “The fire was doused within a few hours; nobody was hurt in the blaze. We are investigating about what sparked of this huge fire,” the official said.

The fire department also collected samples from the area for the investigation. “All workers were evacuated from the garden. Nobody was hurt in the fire, though the garden has suffered major damage due to the blaze,” Ghasiya said.

The officials said that property and other items worth several lakh were gutted in fire. “The official estimate of losses could be ascertained only by the owners,” said the official.

Jaipur Airport To Receive 1593 Stranded Indians From May 22