Wohoo, ever thought a movie could actually buy you loads of inspiration and would actually make you an IPS officer if you use it wisely. Something exactly like this happened to Manoj Kumar Rawat a 29 year old resident of jaipur ‘s Shyampura village. A former police constable, was in class 8 when he saw Bollywood film  ‘Indian’ starring Sunny Deol. The actor essayed the role of Raj Shekhar Azad, an incorruptible and tough Indian Police Service (IPS) officer. It was this character that ignited in Rawat an aspiration to be become an IPS officer.

That aspiration of Manoj was realized on Friday when the results for the All India Civil Services Examinations 2017 were announced and he secured the 824th rank. Considering the last year’s allotment of services by the Union Public Service Commission (UPSC), Rawat, a candidate from the scheduled castes (SC) category, is likely to get into the IPS. 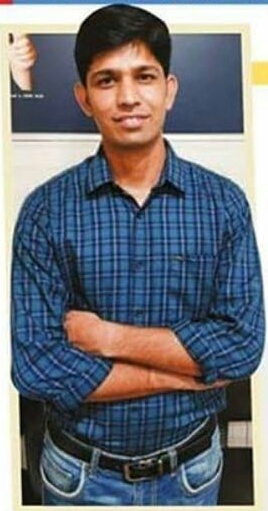 After completing his schooling from government schools, he enrolled in University of Rajasthan for BA (pass) course in 2007 as a private student and a year later joined Rajasthan Police as a constable.

He completed his MA in political science in 2012 while still working as a constable. In 2013, he quit the police job and took up that of a lower divisional clerk at a court. A year later, he quit his clerk’s job to try his luck in perhaps the country’s toughest examination.

People asked me ‘have you gone mad? People long for a government job and you are leaving one. Do you think it’s that easy to become an IAS?’” were the exact words of Rawat over phone from Delhi, where he had been preparing for the interview.

But he was determined. Before finally clearing the exam in the fifth attempt, he cleared the prolusion thrice, and the mains once.

While preparing for the exam, Rawat got selected twice for the Junior Research Fellowship (JRF), qualified the exam for the assistant commandant’s post in CISF, and enrolled for a PhD.

Being a son of a government school teacher, Rawat said he never felt inclined to take up a teaching job despite the JRF. “My dream was to be an IPS or an IAS. My family, especially my mother, supported me in every decision that I took,” said Rawat.

His daily schedule for the past few years had been mostly consistent. “When I was not studying, I would be sleeping. I kept the internet on my phone off mostly and would switch it on just once or twice in a day,” said Rawat, who also took coaching classes in Delhi during 2015-16 for the exam.

One of the crucial reason behind this :

One cause that he passionately wants to work for is gender equality. “I come from a village. I have seen what women go through. I want to change that,” he said.

Dedication, motivation and huge buckets of inspiration and lots of support is required the most to pursue your dreams. So try to focus on that and your work is done..!

Bhamashah State Data Centre – The era of emerging pioneers and...

The Royal Beauty : Pictures of Gayatri Devi reveal her many...

‘ ROTARY CLUB ‘ a better way to interact, appreciate and...