Sports are the inseparable activity from the routine life to give the boost and power to your system. And, to gear everyone’s athletics spirit, MNIT Sports Festival 2017 (MSF) is going to thrive by tomorrow. The only sports Festival of India, sponsored by Trimurty Builders (Jaipur). The spectacular fest is going to have 34 colleges on board from all over India with 1161 participants engaging in sporting events at MNIT Jaipur. MSF will include nine sports in the entire fest that are – Cricket, Volleyball, Tennis, Basketball, Table Tennis, Gymnasium, Badminton, and Chess.

This 10th edition of MSF is scheduled from 17th February to 19th February. On the inaugural day, the event will be graced with the presence of Mr. Virender Singh Poonia(Guest of honor), and Ms. Vandana Rao (Former athlete and Olympian). Not only this, the best part is still to catch up as on the introductory day only, the event will be hosting music artist Simranjeet Singh that is definitely going to put the stage on fire. On 18th February, there will be an audio-visual DJ show by DJ Disto from Costa Rica. But, that’s not all here as the excitement will be enthralled with Costa-Rican Band who are going to perform only at four places in India, out of which MNIT Jaipur has got it’s luck to witness them.

Then, following the last day of the event, on 19th February, a humor dose by the stand-up comedian from East India Comedy (EIC), Mr. Angad Singh Ranyal.

Lastly, on the concluding day, Ms. Shiba Maggon, Indian basketball player will be the guest of honor.

Being as the premium and sportive event, MSF has launched its anthem, making MNIT Jaipur, the second college of India after IIT Bombay to have an anthem for the festival. Apart from this, MSF team has also launched newspaper, named MSF Times for the event. For more details about the MSF – MNIT Sports Festival 2017, you can check out their 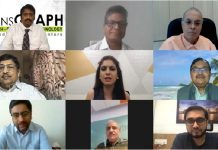 Desportivos – One of the largest Sports meet at The LNMIIT,...

Jaipurites let’s celebrate Janmashtami ! We have a list of temples...

How Jaipur looked 138 years ago.