The Pulwama attack took the nation with disgust and here we got this shocking news to swallow down the throat. On Wednesday , a Pakistan national was stoned to death in Jaipur Central Jail. The Pakistani citizen, identified as one Shakar Ullah, was convicted and lodged in the jail since 2011. He was reportedly attacked as a result of violence that erupted due to emotions running high over the Pulwama attack on CRPF convoy in which 40 CRPF men lost their lives. Times Now channel reported that a team of doctors reached the spot to treat the Pakistani national, however, he had succumbed to injuries. 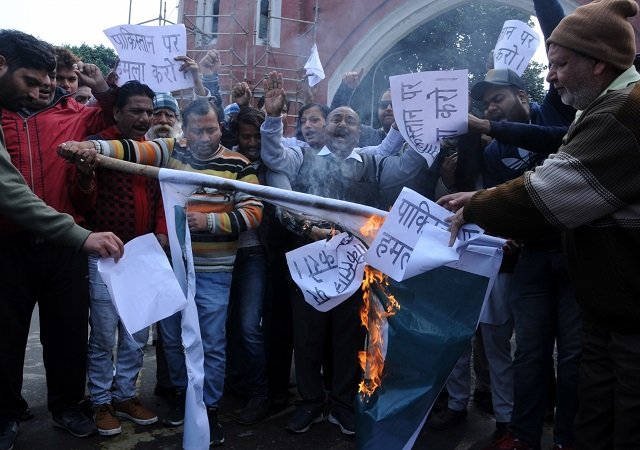 “He was lodged here since 2011 and died following a brawl with other inmates,” news agency ANI quoted Jaipur Jail IG Rupinder Singh as saying. 40 CRPF men lost their lives when a Jaish e Mohammed (JeM) suicide bomber blew an explosive-laden car into a 78-vehicle CRPF convoy on Jammu-Srinagar highway on February 14. Incidents of protests and violence involving the burning of Pakistani flags were reported following the incident which received widespread condemnation from the international community.

While India has appraised the international community over the involvement of Pakistan in supporting terror infrastructure operating from its soil, Pakistan has repeatedly denied its role in terror incidents in India. Addressing the nation via Radio Pakistan, country’s recently elected Prime Minister Imran Khan said that conducting a Pulwama-like attack was ‘not in Pakistan’s interest’. While demanding an ‘actionable intelligence’ from India, Khan threatened that military action by India would be met with retaliation from Pakistan. India, in response, cited how Pakistan has not acted upon ‘actionable intelligence’ supplied during the 26/11 Mumbai-attack probe.

Look out for the amendments made for the upcoming B.S.T.C examinations...