On Thursday, Congress leader Shashi Tharoor addressed the crowd at an event Talk Journalism. During the event, Shashi Tharoor talked about his party Congress, Prime Minister Narendra Modi and the recent issues related to the economics of our country.

What Is Talk Journalism?

This is a non-profit initiative which is solely built on the thought that there is a need to discuss and debate journalism, a profession that discusses everything, but often talks about itself.

In a rapidly evolving era of technology, the media space too is changing constantly. Hence a need for a platform where subject matters like professions, trends related to it, technical advancement, challenges is crucially needed and demanded.

Therefore Talk Journalism is an initiative started by The Vox Media Foundation that aims to bridge the gap and takes a step towards the initiation of the media dialogue. 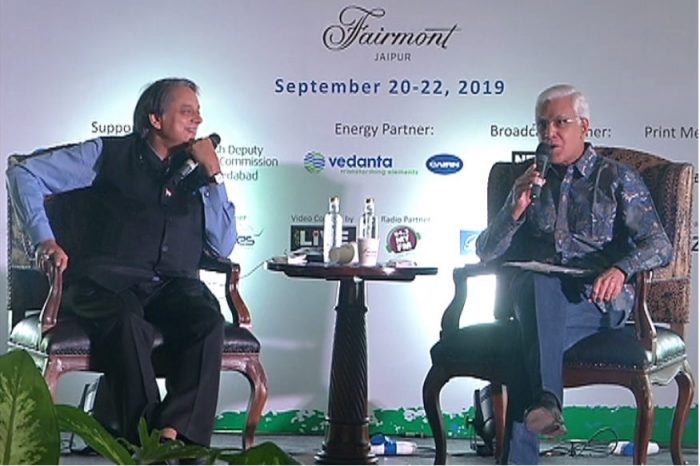 He said the opposition needs to indulge in constructive criticism. He also spoke about various issues like tax terrorism and how PM Modi can’t be criticised over everything. “Elections should have been held for the post of party President,” said the congress leader Shashi Tharoor.

Not only this, he also said, “I wanted that elections should have been held for the post of party president. It would have given workers more choice. But that is of academic interest now as the CWC has given the mantle to Sonia Gandhi as the interim president.”

After talking about the party politics, the leader spoke a few words about the recent sprouting issues ‘tax terrorism’ and millionaires leaving the Nation.

“Foreign investors had been withdrawing money from this country. It is precise that it is due to the prevailing sentiment in the country. When they find out that lynchings have been going on in the name of cow and social harmony is not there, then they would not want to invest money in such a country. No one wants to invest money in a country where war is on and similar is the case when social harmony is not there,” said Shashi Tharoor.

He also said, “We should not criticise Modi over everything. We, in the Opposition, need to ponder over why has he returned. Modi’s percentage has grown from 31 per cent to 37 per cent whereas our vote percentage has gone down. Some of his policies, including Swachh Bharat Yojana and Ujjwala Yojana, have really worked well for him [electorally]. However, the truth is that more than 65 percent of these toilets do not have water. In Ujjwala Yojana, people have to be told how expensive it is to get a cylinder after the first time. We need to indulge in what I refer to as constructive criticism.”

Leopard count rises up in Jhalana forests of Jaipur