As we all know the most engaging sport IPL will be here to tie all the family members in one room. But this year the Rajasthan Royals are reflecting on acquiring Guwahati as their new ground. According to the reports from a leading Indian newspaper, the inaugural champions of the Indian Premier League have been malcontent with the infrastructure that the Rajasthan Cricket Association (RCA) offered. The team will be taken by former Australia skipper Steve Smith in IPL 2020. 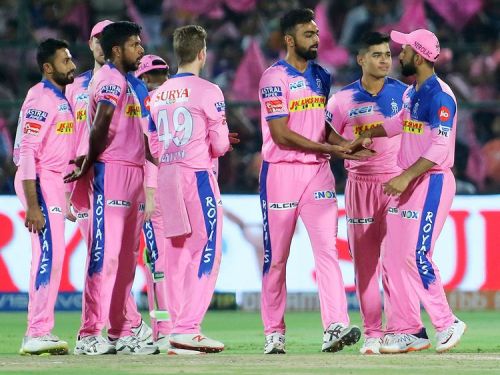 Post expressing the sadness and dissatisfaction of the treatment they were expecting, the state officials and the politicians regarded it as nothing but ‘trouble.’ Apart from this, the owners also shared their unhappiness over the state of Jaipur’s stadium and reflected on how the new RCA organisers will need time to improve the current state of the stadium.

Therefore referring to the intended place of Guwahati, the team mentioned how the core players of the Rajasthan’s team had great things to compliment the interiors of the stadium. Not just the interiors, the region is dominated by the ‘Marwadi’ community and will add to the list of interest that the team relishes. Nevertheless the official news for the replacement of the home ground is still waiting for the confirmed orders.

Beware of Zika virus… It’s spreading !! Read below to know...

The City Palace a major historic and cultural heritage… A must...